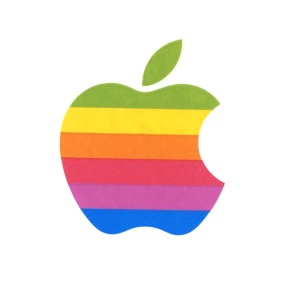 Macworld is a web site dedicated to products and software of Apple Inc. It is published by Mac Publishing, which is headquartered in San Francisco, California. Published since 1984, the magazine has the largest audited circulation (both total and newsstand) of Macintosh-focused magazines in North America, more than double its nearest competitor, MacLife (formerly MacAddict). Macworld was founded by David Bunnell (publisher) and Andrew Fluegelman (editor). It was the oldest Macintosh magazine...

First published in 1993 by Imagine Publishing (now Future US), CD-ROM Today was targeted at both Windows and Macintosh users, and each issue shipped with a CD-ROM of shareware and demo programs. In August 1996, CD-ROM Today ceased publication, with two magazines taking its place: MacAddict for Macintosh users, and boot (now Maximum PC) for Windows users. As was the case with CD-ROM Today, MacAddict's discs included shareware and demo programs, but also came with other added features, such as...

Enjoy the complete run of four volumes, 48-issues of the Apple computer edition of Softalk magazine. Published between September 1980 and August 1984, Softalk magazine uniquely captures the dawn of the microcomputer and digital revolution through its deep and broad editorial content.&nbsp; Digitization and preservation of this collection was funded by, and is maintained and enhanced by grassroots Citizen Science/History projects; The Softalk Apple Project ( www.SoftalkApple.com ) and...

Miscellaneous Magazines and Newsletters regarding the Apple family of computers, kept in this collection when only a handful of example issues (or single issues) are currently available. They will be moved into other collections as needed.

Incider Magazine was a slick glossy Apple II-related magazine published in the 1980s, following the Apple II through to early Macintosh models.

Computist magazine was an Apple-II oriented publication distributed and sold between 1981 and 1993. Created by Charles Haight of Softkey Publishing, the magazine was dedicated primarily to issues of copy protection, duplication of software, and matters related to the deprotection process. Originally called Hardcore Computing , the name was soon changed after a young reader's parent complained about the adult-sounding title. Besides the main Computist magazine, Softkey also published related...

Apple 2000 was a UK-based magazine, calling itself "The All Apple User Group Committed to All Apple Users Including Macintosh". It was published in the late 1980s to the early 1990s.

POMS magazine is a french-language newsletter regarding Apple computers, published in the 1980s.

Golden Magazine was a French-Language Apple II computer magazine published in the 1980s.

Apple Orchard was published by the Apple Core Users Group to provide information to fans of the Apple Computer at the Fifth Annual West Coast Computer Faire. The User's Group continued publication as the magazine grew, going from quarterly to nearly monthly (typically about 10 issues a year) as the subscriber base grew. The August/September 1984 issue hinted at trouble but promised an October issue.&nbsp;

The Magazine of Apple Software and Hardware Evaluation.

A collection of Apple Computer-related newsletters and catalog information.

Templin Micro was a French-Language magazine dedicated to the Apple II family of computers.

The Willamette Apple Connection was founded in 1987 and served the Salem area for eight years, collecting a large amount of software and producing newsletters for its members. In 2003, these items were purchased and digitized by Apple Pugetsound Program Library Exchange. These resources are available from the official site: http://wac.callapple.org .